Mumbai, India: A professional performance from England against India A saw M.S Dhoni losing his final match as the captain of Indian.  Batting first, India A scored 304 for five in their 50 overs. Ambati Rayudu top scored with a hundred while Dhoni and Shikhar Dhawan chipped in with 68 and 63 respectively.

In reply England scored 305 for 7,  Sam Billings made 93, Jason Roy  with 62 and  Jos Buttler 46 were the other main contributors. Kuldeep Yadav took five wickets for 60 runs from his ten overs.

It was MS Dhoni’s last match as the captain of Indian limited-overs team. He was greeted warmly by the twenty thousand spectators present at the stadium. Undoubtedly,  Dhoni is one of the great captains India have ever produced in recent times.

A new role for Jimmy Adams

St John’s, Antigua: The West Indies Cricket Board (WICB) has announced the appointment of James “Jimmy ” Adams as its new director of cricket.

Adams will  oversee and manage all cricket matters, including the development of all teams, all coaching, education on cricket and other technical oriented programs.

Adams played 54 Tests and 127 ODIs for the West Indies. He recently served as head coach of the English County Kent.

He officially took up the position on January 10.

War of words between FICA and PCB

Lahore, Pakistan: The Pakistan Cricket Board (PCB) has rejected the Federation of International Cricketers  Associations (FICA) advisory on playing cricket in Pakistan.

“FICA has done a great disservice to the cause of cricket in general and Pakistan cricket in particular by advising players not to play in the PSL Final in Lahore next March because of ” security reasons”, the PCB said in a press release. 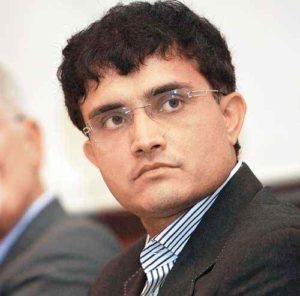 Sourav Ganguly confirmed on  Monday he had received an anonymous death threat on January 7 (last Saturday). The former Indian captain said he has informed the police in Kolkata but has not made a formal complaint.

Ganguly, who is the president of the Cricket Association of Bengal (CAB) said  the threat was in relation to his visit to Midnapore where he is due to attend a program at the  Midnapore University on January 19.

The ex star batsmen said he had also informed the police in Midnapore and the university officials but has not yet decided if he will go to there after receiving the death threat.

“Yes I have received the letter on January 7 and I have informed the police and the organizers, let’s say nothing has been decided yet, but it will be a live program and you will all have to come to know if I go there”, Ganguly told journalists.

A report in the Press Trust of India said the letter which was addressed to Ganguly’s mother read:” Your son is hereby warned not to attend the program. If he cares to come here, you will not see him again”.

The all-rounder  will lead the team for the first two games, which will be played at Centurion and Johannesburg on January 20 and 22 respectively. Six debutants, Jon-Jon Smuts, Theunis de Bruyn, Mangaliso Mosehle, Andile Phehlukwayo, Dane Paterson and Lungi Ngidi were included in the squad announced by Cricket South Africa (CSA).

South Africa:  Fast bowler David Wiese is the latest South African to abandon the future selection for the national team after signing a Kolpak contract to play county cricket in England.

Wiese 31, played 20 Twenty 20 Internationals and six One Day matches is no longer eligible to play for South Africa after signing a three year deal with Sussex.

A player becomes eligible for a Kolpak contract when he gives up the right to play for his country and is no longer regarded as an overseas player in county cricket.

CricketSoccer Desk - August 2, 2021
0
The battle between Mexico and the United States of America (USA) always have an edge like that of Brazil vs Argentina, Liverpool vs Manchester United, AC Milan vs Inter, or Real Madrid vs Barcelona and the atmosphere was electrifying in Las Vegas when both teams met at the finals of the Concacaf Gold Cup Final. The USA had their say in the final of the Nations League and it was time for Mexico to take revenge, but the USA struck late to lift the trophy.

There was one moment I looked at [Eriksen] and he was...