Old is gold! Similarly, the seven-decade-old epic rivalry between Australia and India is nothing but precious in the history of Indian cricket. Australia was the first country India toured to play cricket after independence in 1947. Since India and Australia did not have fixed fixtures like the Ashes, until 1991, this series was not named. It was simply called Australia in India or India in Australia Test series.  In the period between 1947 and 1991, the two sides played 50 Tests, out of which Australia triumphed in 24 Tests, India managed mere eight victories, 17 Tests ended in a draw and one was tied.

After the two countries regularly played each other in Tests, in 1996, India and Australia’s Test series was named Border-Gavaskar Trophy and the first edition was played in India. It was a one-off Test which was won by the hosts. Ever since then, the Border-Gavaskar Trophy has been played regularly and both the countries have dominated at their respective backyards.

The current Australia side led by Steven Smith has flown down to India for a four-Test series and they are a part of Australia’s 14th tour of India. Going back to Australia’s first-ever India tour, it happened in 1956 when Polly Umrigar was the Indian Test captain. The Indian team back then was not as dominant as the Virat Kohli’s present Indian team. It took the Indian team 23 years to finally win a Test series against these opponents at home. It took three losses and a draw to finally win a home series against Australia and that moment came in the 1979 series.

India and Australia’s maiden Test series that included five Tests commenced on November 28, 1947. Australia hammered the visitors 4-0 before they did not play each other in Tests for the next nine years. The two cricketing nations locked horns in Tests when Australia made its debut tour of the subcontinent. Umrigar’s India hosted Ian Johnson’s men in a three-Test series.

Those were days when Kolkata was Calcutta, Mumbai was Bombay and Chennai was Madras. The three Tests were played at Madras’Coporation Stadium, Bombay’s Brabourne Stadium and Calcutta’s Eden Gardens was the venue for the final Test. While Brabourne and Eden Gardens have been retained as cricket stadiums, the Corporation Stadium was renamed  to Nehru Stadium and now is a is a multipurpose stadium and is the home ground for the Tamil Nadu football team which plays in Santosh Trophy and Chennaiyin FC, the Indian Super League team representing Chennai use the stadium as their home ground.

Australia unleashed itself immediately when they thrashed India by an innings and five runs in the opening Test of the three-Test series. The combination of spin and pace worked for the visitors when legendary off-spinner Richie Benaud and fast bowler Ray Lindwall grabbed a total of 15 wickets in the match. India’s middle-order batsman Vijay Manjrekar’s score of 41 in the first innings was their highest individual score of the match. 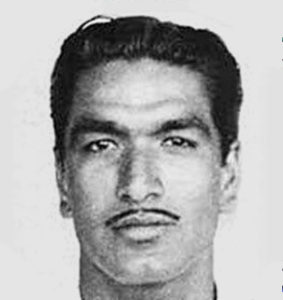 Following an embarrassing performance in the Madras Test, the hosts managed to pull off a draw in the second game. Although India faced yet another collapse in the first innings, Gulabrai Ramchand’s 109 helped his side post 251 on board. The Australians came back even stronger with centuries from Jim Burke and Neil Harvey. However, the Indian team, that ended Day four at 92 for 1 managed to bat out Day five to draw the match. 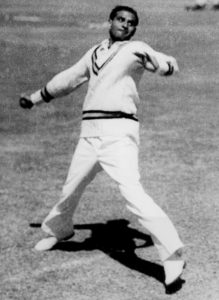 This was the first time Australia batted first in the series and making full use of it, India bundled Johnson and his boys out for 177, courtesy of Indian off-spinner Ghulam Ahmed’s seven scalps. Indian once again struggled to put up a good show with the bat as Benaud’s six-wicket haul bowled India out for a poor total of 136. The visitors batted again and declared at 189, setting India a target of 231. The match ended inside four days as India were cleaned up for 136; Benaud picked five and Burke has four wickets to his name.