It’s hard to imagine, how the number 1 Test team in the world could collapse in such a dramatic fashion. It’s even harder to imagine how the best batting line-up against spin bowling could surrender against a spinner who was only playing in his fourth Test match.

Steve O’Keefe set jitters in the Indian batting line up and made the second day of the first Test between India and Australia an eventful one with his left-arm orthodox bowling aided by some fantastic catches taken by the Australian close fielders. All of a sudden, India lost seven wickets for just eleven runs after lunch, leaving the fans and experts stunned!

At stumps, the visitors were leading by 298 runs and they must thank the last wicket adventure of Mitchell Starc and Josh Hazlewood, which helped to boost the confidence of Australia.

At one point, it seemed, the Australians might find it tough to post a total around 220, but Mitchell Strac unleashed a superb counter-attack to swell the Australian total as the last wicket pair added 55 valuable runs.

This was not the first time that the last wicket pair of Australia managed to dish out such influential partnerships, but history suggests, they scripted such on various occasions. Whenever the Australian tail-enders, especially the last wicket pairs, contributed more than 50 runs, it proved extremely beneficial for the Kangaroos and costly for opposition teams.

Here are some of the instances:

At the start of the last decade, New Zealand were one of the teams, who exhibited enough courage to challenge the might of all-conquering Australian side at their own backyard. They drew the series in 2001 under the leadership of Stephen Fleming and came back in 2004 to repeat the same feat.

In those days, posting a 350 plus score in the first against the likes of Glenn McGrath, Jason Gillespie and Shane Warne and that too in Brisbane was regarded as a stupendous performance. Batting first, New Zealand, courtesy of a brilliant hundred from Jacob Oram, posted 353 in the first Test at Brisbane.

Australia were reeling at 222 for 5. A partnership of 216 for the sixth wicket between Michael Clarke and Adam Gilchrist helped them to take a good lead, but it was not enough to put the Kiwis under pressure who could pose a threat at any moment and thus, the last wicket pair of Jason Gillespie and Glenn McGrath, who was a layman with the bat, batted on and on, to add 84 for the last wicket and gifted the visitors enough agonies.

Gillespie remained not out on 54 while McGrath was dismissed for 61. Australia were all out for 585 and when New Zealand came out to bat in the second innings, the Australian pacers blew away the Kiwis in just 36.2 overs. The Kiwis managed to score just 76 in the second.

It was the first Test of the 2015 edition of Frank Worrell series. At Dominica, the West Indies won the toss and batted first, but the pace and accuracy of Mitchell Johnson, Mitchell Starc and Josh Hazlewood set jitters in the Caribbean batting line-up. The hosts could last for just 53.5 overs and were bundled out for 148.

The Australian reply was shaky. The top and middle order of the visitors found the going tough against the legspin of Devebdra Bishoo. At 221 for 9, the hosts thought of keeping the margin of the lead below hundred and come back strongly in the second innings. But Adam Voges and Hazlewood had other ideas.

Voges simply occupied the crease and rotated the strike more while Hazlewood provided the perfect foil to Voges’ composure. The tenth wicket pair added 97 runs and a lead of 170 was achieved.

The West Indies managed to post 216 in the second, but it was not enough to avoid a nine-wicket defeat.

Graeme Smith’s men were high in confidence during the Boxing Day Test match in 2005. They drew the first Test at WACA and Australia were still searching for a win to boost their morale after the Ashes defeat after eighteen years.

Ricky Ponting won the toss and elected to bat first. Ponting notched up a 117 but it was not enough to put Australia in a strong position. Shaun Pollock, Makhaya Ntini and Andre Nel proved lethal for the hosts and when Glenn McGrath came out to bat, Australia were 248 for 9. McGrath’s wicket is always thought to be an easy one to get, but at times, he can be a thorn in the throat for the opposition bowlers and captain.

McGrath stayed at the crease for 120 minutes and provided Hussey the ideal support to swell the score as much as possible. The last wicket pair added 107 runs. South Africa trailed by 44 runs in their first innings and when Australia gave them a target of 366 runs in the fourth, the Proteas could manage just 181.

The Albert Trott show at Adelaide 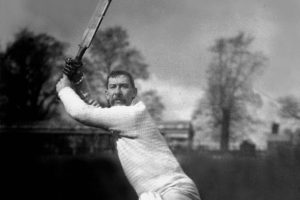 It was one of those Test matches which was played during an era when timeless Tests were in action. Australia met England at the Adelaide Oval in the third Test in 1895 and the hosts were trailing by 2-0. Australia won the toss and elected to bat on a 4-ball/over match.

England’s Tom Richardson was in a destructive mood as his raw pace cut short the stay of Australian batters at the crease. The last man Sydney Callaway joined the number ten batsman Albert Trott at the score of 157 for 9.

Trott and Callaway spent more than one hour at the crease and added 81 valuable runs for the last wicket. Tom Richardson, Bobby peel and Bill Brockwell bowled their heart out, but failed to dismiss Australia’s last wicket pair.

England were bundled out for 124 in their first innings and Trott’s bat proved productive in the second as well. His 72 helped Australia to take a lead of 525 runs. England were bowled out for 143 in the fourth innings. Trott finished with figures of 8 for 43.

Tom Garrett and Edwin Evans’ epic fight back at Sydney 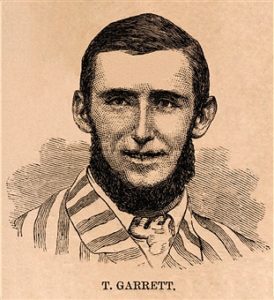 It was another timeless Test match affair and what a Test it turned out to be. This Test match is regarded as one of the epic battles in the history of Ashes. Arthur Shrewsbury’s England were leading the 1884-85 edition of Ashes by 2-0 in the five-match Test series and the hosts were needed to win the third Test at Sydney.

Hugh Massie won the toss and decided to bat first. Bobby Peel and Wilf Flowers were too hot to handle for the Australian top and middle order. Australia’s position was a pity one and it became the worst at 101 for 9. Edwin Evans came out to bat and joined Tom Garrett.

Tom’s batting average in Test is 12.55 while Evans’ average is 10.25. The average suggest both of them were novices with the bat and another Australian humiliation was on the cards. With the score at 106 for 9, the English slip dropped Tom and it proved to be one of the costliest of misses as the tenth wicket pair of Tom and Evans added 80 runs.

The vengeance of  Frederick Spofforth mauled England in their first innings, but Australia’s reply was not satisfactory enough the second. The lead in the first innings helped to give England  a target of 213 in the fourth. Spofforth proved handy for England yet again and Australia bagged a win by just six runs.

The last wicket partnership between Tom and Evans aided Australia to escape a defeat.

Adam Zampa: The good news for Australia before World Cup

Can India afford to gamble with reckless Rishabh Pant in the World Cup squad?

Faisal Caesar - January 19, 2021
0
“All was lost after the disgrace in Adelaide, but then team India started to try and get out of the mess. Setbacks after setbacks...

Zinedine Zidane will bounce back