If you are an admirer of the game of cricket and get a chance to visit Colombo, the Cricket Club Cafe has to be the must go destination in your checklist. Located in its new address at the Flower’s road, which is the heart of the city, the Cricket Club Cafe, widely known as CCC is the one place where you can literally eat, drink and live cricket. It is perhaps the only one of its kind in the world, where the central theme is cricket. 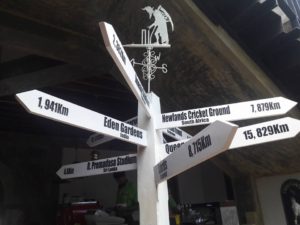 The cafe is owned by a cricket loving Australian couple, James and Gabriel, who came to the island for their love for surfing back in the early 90s but fell in love with the country and decided to make it as their permanent address. They rightly understood the unconditional love for the game amongst the locals and decided to set up this place where according to Jaffer Bilgrami, ‘cricket’s the main course’.

Since its inauguration, the cafe used to be located on the Queen’s road. But recently it has been shifted to 12, Flower Road, Colombo 3.

While entering the place for the first time, you will be surprised at the display of the number of cricket memorabilia. At times you might feel it is more of a cricket museum than a cafe. 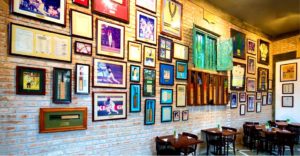 To begin with, Ray Lindwall, Australian pace bowler of the 60s, gifted his Test pull over to the couple. This was their first proud possession.

One of the most priced attractions of this place is the bat of Garfield Sobers, with which he hit six sixes in an over while representing Nottinghamshire against Glamorgan in 1968. 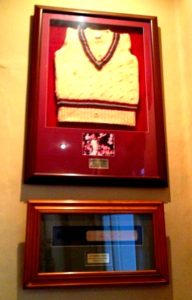 In the Aussie corner, you will immediately notice a signed bat of Sir Don Bradman. Also, there are some faded newspaper clippings of the invincible Australian 1948 tour of England and cuttings of reports, praising Bradman for his exploits of the 1930 tour. 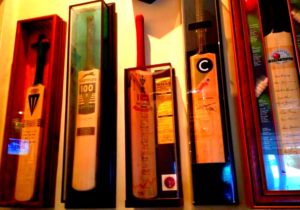 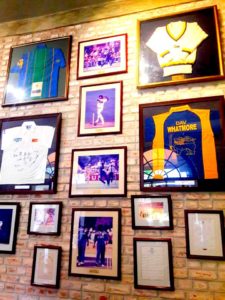 However, for me, the most iconic identity of this place is the wooden traffic sign near the ‘Bardman bar’, which provides directions to prominent cricketing centres of the world.

When it comes to the delicious dishes of this eatery, the options are plenty and the food items are creatively inspired by the names of past and present cricketers. From Breakfast to lunch to snacks to dinner — you can get everything under one roof. Options range from pasta to seafood to burgers to salad to ice creams and of course, drinks. 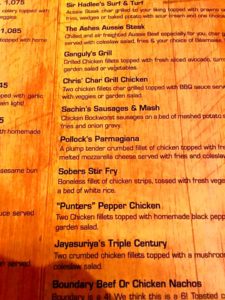 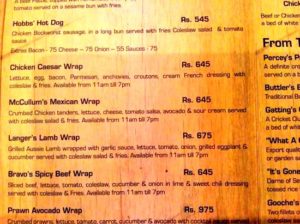 However, CCC is not just for eating and drinking, it is the place for celebrating the cricket culture. Irrespective of colour, race or religion, how cricket can bind us together you can understand after visiting CCC on a cozy afternoon and mingling with the other attendees. 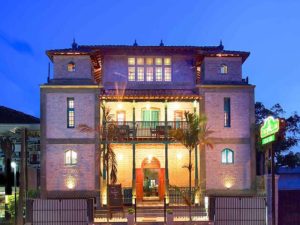 Do have this experience.