Watching the final T20I between England and India at Bristol did result in confusing thought experiments.

As the likes of Rohit Sharma and Jason Roy blasted and bludgeoned the balls, scoring at atrocious rates, many watched the proceedings without having purhased a ticket. Yes, the apartment blocks overlooking the Bristol County Ground gives the owners and their invited friends some of the best views of the ground.

Bristol, in Gloucestershire. The home of Gilbert Jessop, probably the greatest hitter in history.

He was born one-and-a-quarter century before cricket woke up from the charming leisurely pace to trade the minute hand for strike-rate. We have ball-by-ball details of very few of his knocks. But whatever we have boggles the mind. The 77-ball 104 in the 1902  Oval Test for example.

The speeds he clocked with his bat, and the distance he hit the balls, could well have given his contemporary Albert Einstein revolutionary ideas about time and space. Biographer Gerald Brodribb analysed that in the early days when overs were quicker, WG Grace and Len Hutton scored at a cautious 36 runs an hour, Jack Hobbs, Clem Hill and Wally Hammond at 43, Denis Compton, Don Bradman and Archie MacLaren at 47.

Plus, he was a genuine fast bowler. And one of the greatest fielders of all time.

The T20 format seems to have been measured and made with precision for him. But he was long gone by the time this form of the game was born.

The Blinders team imagined what the father of cricket, WG Grace, yet another man who hailed from Gloucestershire, would have been telling his beloved Jessopus as the match was being played. 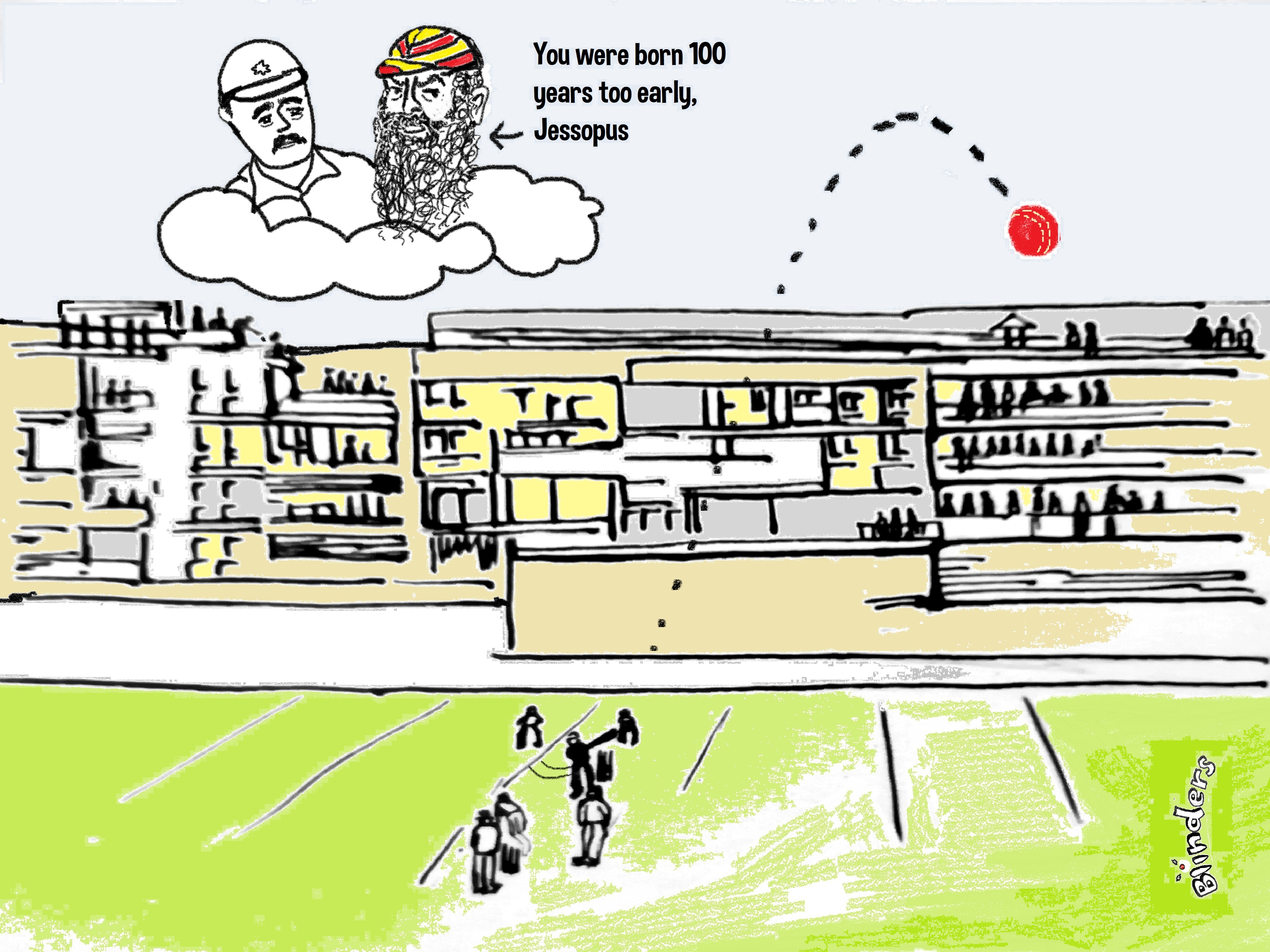 True, but what about Grace himself?

The man’s very presence in the field of play often hiked up the prices of entry tickets six-fold. He would never have tolerated people watching him for free, and the gates suffering as a result.

What if he had to play in the modern day Bristol County Cricket Ground? With hundreds watching from the balconies and the rooftops?

We pictured that as well. Yes, he would have been furious.