Father Time watches from up above the Lord’s cricket ground, stamping this most historic of grounds with the stamp of eternity.

It is a symbol of timelessness, of tradition, of permanence.

This iconic vane has had its share of accidents. It was struck during the Blitz, becoming entangled in the steel cable of a barrage balloon. The rest of the War was spent in an uncomfortable cellar. After the atrocities, repair work was carried out with care and Father Time returned to the Grandstand where he perched for the next 40-odd years. Then in 1992, the old man was struck by lightning. The further repair was carried out.

In 1996, when the Grand Stand was demolished in the process of rebuilding, Father Time shifted to the Mound Stand. He still stands there. 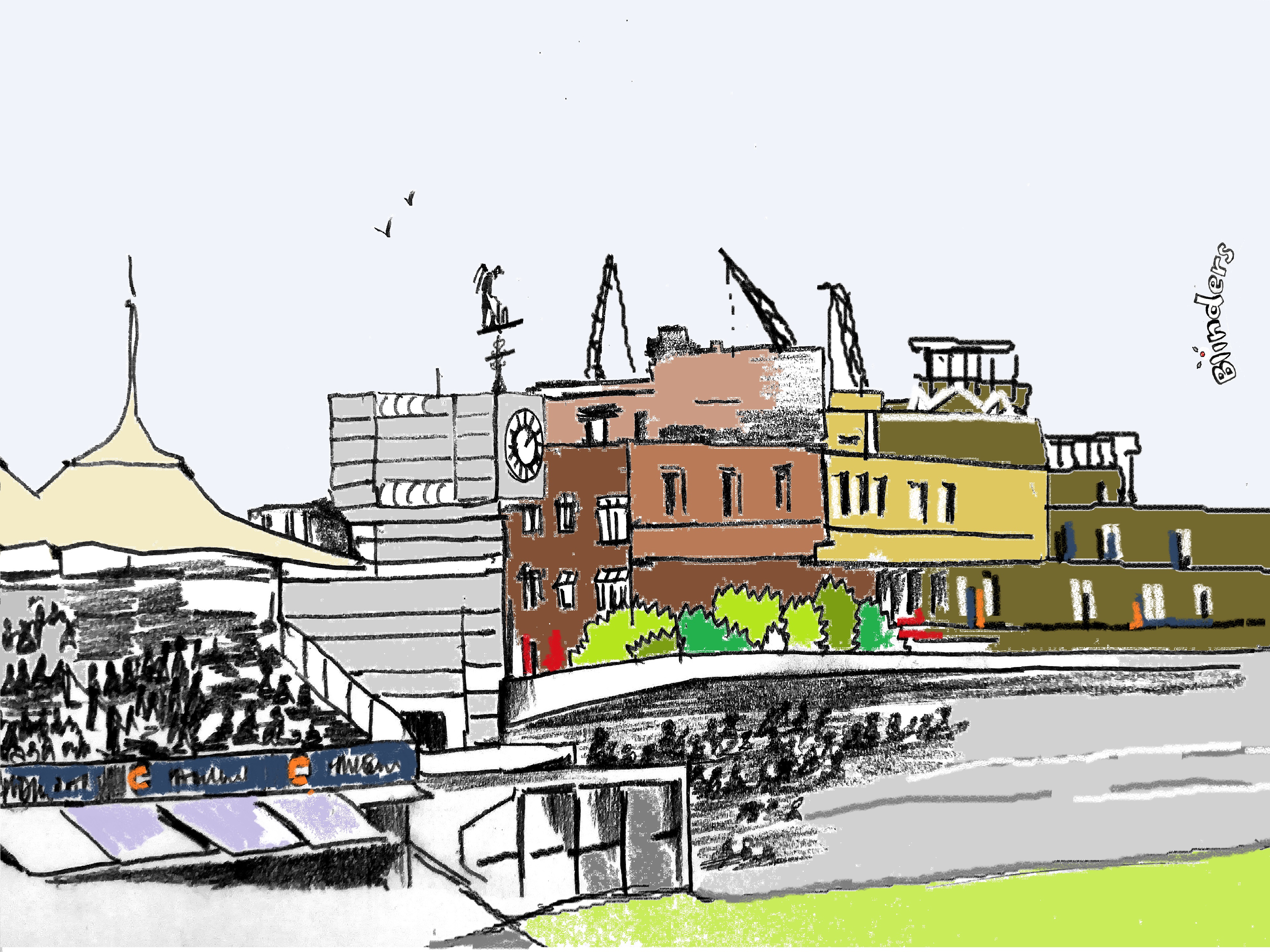 But Lord’s, the stronghold of tradition, has long been besieged by the modern features of the game for long, such as coloured clothing and white balls.

Here we increasingly find a mix of the old and the young, the traditional and the contemporary. Hence, under the watchful eyes of Father Time, we see young kids making their way out on to the ground during the innings break and engaging in their own little game. We will return to Lord’s during the Test match between India and England in August. But before that, during the ODI, the Blinders team decided to give you a couple of glimpses of the Mecca of cricket.