“Yorkshire cricket and its sense of history are in reliable hands”

Yorkshire … a county of great cricketing names and their phenomenal deeds. They are proud cricketing people, conscious of their sublime past in the sport.

Few places in the world have been so very absorbed in the game, or have followed it as earnestly. Cricket has traditionally given the Yorkshire cricketers a sense of self, a deep core of understanding of their roots. And by extension, this feeling of oneness with the game and its fortunes have washed over the common Yorkshireman.

The names that roll out of their county annals drip with an earthy solidity, a tough, uncompromising approach, and a dogged zeal for proficiency. From Wilfred Rhodes to Joe Root … with the Sutcliffes, Veritys, Huttons, Wardles, Boycotts, Truemans, Vaughns, Illingworths and all the rest in between.

Len Hutton, one of the greatest of the many sublime cricketers produced by the county, believed that cricket constituted the core of Yorkshire. It may be a hyperbole, but not by much. As Duncan Hamilton writes, “Economically it turned on the sparks from steelmaking, the clang of the shipbuilder’s hammer, the regular rhythmic clack of the textile looms and the hacking out of coal from cavernous seams. Emotionally, it was defined and drew its sense of identity and swagger from the production of runs and the taking of wickets.”

Success in the game has for long mattered more to the Yorkshireman than any other cricket following community. Rhodes said: “We don’t play for fun,” and he had a point.

Times may have changed, but some of the spirit remains intact. History of the game is still very very important.

One approaches the stadium and has to go past the Len Hutton gates to get to the media centre on the fourth floor of the Carnegie Pavilion. In between, one also passes the Herbert Sutcliffe gate. 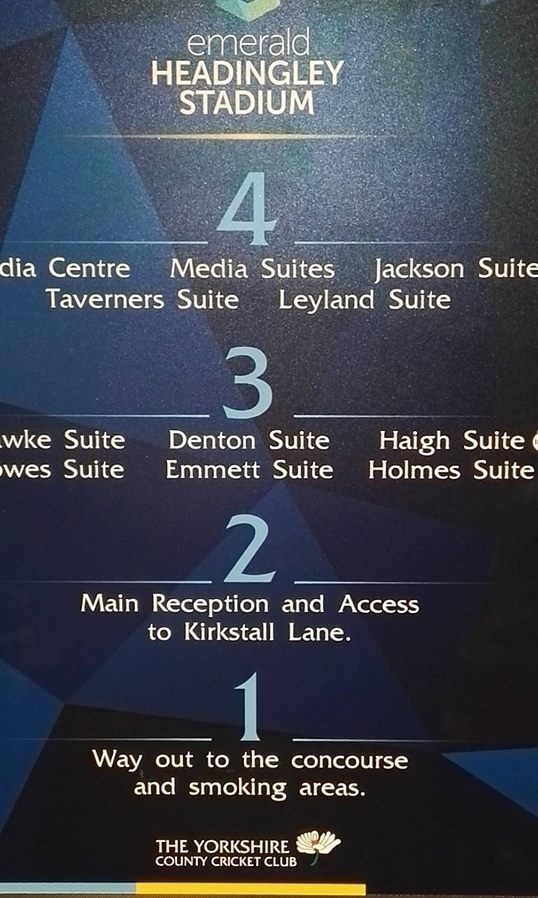 In the elevator, one sees the names of the various suites in the building, named after Francis Stanley Jackson, Leyland, Verity, Johnny Wardle, Lord Hawke, David Denton, Schoffeld Haigh, George Emmett, Percy Holmes and Bill Bowes. Even in the Rugby pavilion, there is a suite named after Hirst and Rhodes.

Inside the press box, one finds a sketch of Roy Kilner accompanied by his career statistics. The Headingley Lodge – a dream hotel for the cricket lover – is situated inside the stadium campus in the East Stand and has 36 rooms each with delightful views of the ground. The rooms are again named after the past greats, from Hutton to Boycott.

However, if one has to produce one ultimate proof of the county’s commitment to their history, one does not need to look beyond the wifi access password.

Since it has been a couple of days since the final ODI was played, I think it will be okay if we disclose the password here.

The Network name is YCCC-MEDIA.

That is Lord Hawke followed by four integers. 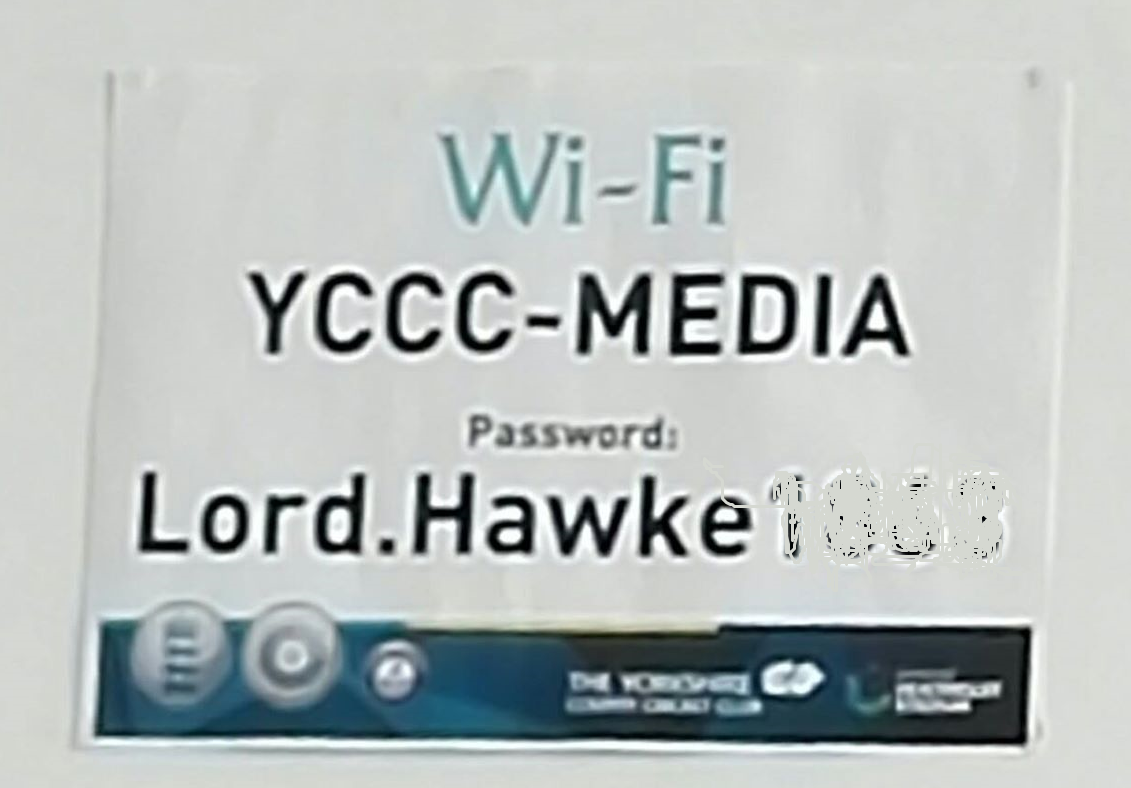 The password … after the Yorkshire and England cricket supremo of the 19th century, Lord Hawke … who played 5 Tests for England, 29 years for Yorkshire and pretty much ran cricket in the county and country as an administrator.

No, the four integers do not form the year of his birth. It is not relevant …(I am sure that the wifi password is changed regularly, but even then it is not really cool to disclose a secret network key. Hence the masking.)

In a world where the wifi passwords generally amount to a random mix of alphanumeric characters, Lord.Hawke#### is an incredible treasure to cherish for the cricket history buff.

Yorkshire cricket and its sense of history are in reliable hands.