After a nail-biting series in England, India head back to familiar territory and a more comforting format with the Asia Cup in UAE. The six-team tournament set to begin on Saturday will feature the four Asian giants – India, Pakistan, Sri Lanka and Bangladesh – alongside Afghanistan and Hong Kong.

The teams are divided into two groups with India, Pakistan and Hong Kong in one and Sri Lanka, Bangladesh and Afghanistan in the other. With action returning to UAE, we take a look at the current form of the Asia Cup teams. The Boolean graph for each team shows how they have shaped up after the last World Cup (1 for win and 0 for loss)

India come off the back of a 2-1 series loss in England in the ODIs but have a formidable team even in the absence of Virat Kohli. They have won six out of the seven series’ they have played since the Champions Trophy last year with their oppositions all fairly strong.

India’s biggest strength is a top-heavy batting line-up and two wrist spinners who are worth their weight in gold. Their recent drubbing of South Africa in South Africa in the ODIs (5-1 win) and the fact that except Sri Lanka, none of the other teams have really gotten a taste of Chahal and Kuldeep should favour India led by Rohit Sharma.

Pakistan, unpredictable as always, have enjoyed a stupendous run since their Champions Trophy triumph. They have won 10 of their 15 matches and have found a reliable top-order headed by two outstanding openers – Imam-ul-Haq and Fakhar Zaman – who average more than 100 as a pair.

The onus, though, will be on the left-arm heavy seam attack – there are four left-arm fast bowlers in Usman Khan, Mohammad Amir, Junaid Khan and Shaheen Shah Afridi – to reduce the load on their batsmen. Add in Shadab Khan’s wily leg-spin and Faheem Ashraf’s consistency and Pakistan’s bowling attack is one to envy. If all goes well, this team has the potential to reach the finals, if not win it. 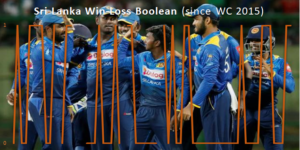 With a refreshing approach under Chandika Hathurusinga, Sri Lanka have turned the clock back with some performances in recent times but this comes after a dismal 2017 where they were whitewashed in three series’. This affects their win/loss ratios and the addition of a few injuries before the Asia Cup hasn’t helped matters either.

What aids Lanka, though, is their near-perfect boing unit which will be spearheaded by the returning Lasith Malinga. Factor in Suranga Lakmal and the wicket-taking Dushmantha Chameera, Thisara Perera and Kasun Rajitha and their seam attack is stronger than ever. The spinners, headed by mystery spinner Akila Dananjaya, complete a mesmerising bowling attack that can take out teams on their day.

With Shakib-al-Hasan available, Bangladesh have a pretty decent all-round unit. They come off the back of a series win in the Caribbean, brushing aside the Windies 2-1 after a disastrous Test series. They had conceded a series whitewash to South Africa in South Africa but came back well to reach the finals of the tri-series involving Sri Lanka and Zimbabwe, only to lose the finals.

The series against West Indies should, however, boost the confidence of the Tigers. They have a tough group in the Asia Cup with Sri Lanka and Afghanistan posing genuine threats. A well-balanced squad should, however, help Bangladesh to emerge out of the group without too many bruises.

Afghanistan’s strength is its never-ending array of spinners who are capable of destroying teams in the shorter formats. What they lack in batting, the Asghar Afghan-led unit makes up for in bowling. Spearheaded by the irresistible Rashid Khan, Afghanistan have an array of slower bowlers including Mujeeb Ur Rahman and Sharafuddin Ashraf.

The batting is a bit beefed up, too, and recent form suggests that Afghanistan can spring a surprise or two. They had a terrific World Cup Qualification campaign in Zimbabwe where they beat West Indies and Ireland to book a place in the 10-team event and since then beat Ireland in Ireland (2-1). If the spinners have their way, Sri Lanka and Bangladesh will sweat it out against Afghanistan.

After the heartbreak of losing ODI status at the beginning of 2018, Hong Kong have fought back admirably to win a place in the Asia Cup tournament. They beat UAE in the final of the qualifying tournament to book the sole vacant spot in the tournament, their first since 2008. They are pitted in with two giants in India and Pakistan and would look to learn from this invaluable experience.

They have played India once before and Pakistan twice before, losing all three times but with immense self-belief and a few x-factor players, do not put it past Hong Kong to spring a surprise or two. They have won as many games as they lost since the Champions Trophy in England.