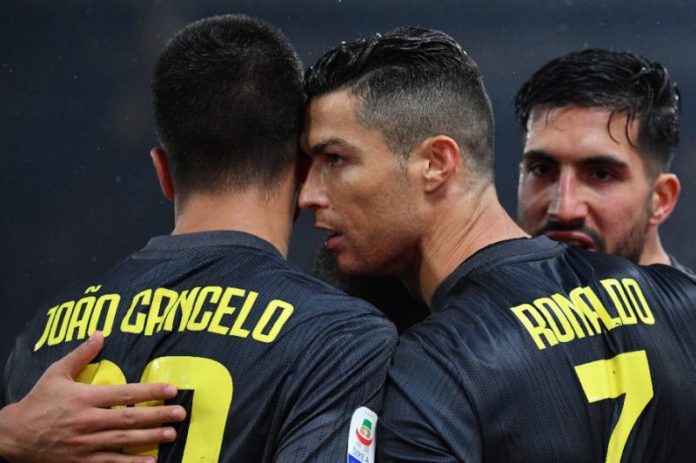 The Bianconeri are simply unstoppable. Now 11 points clear at the top of Serie A, after the worst performance of the season. Massimiliano Allegri’s men suffered for most of the game against Lazio, conceded, and then reacted brilliantly, with Joao Cancelo and Cristiano Ronaldo netting the two goals to seal the three points. Ronaldo scored 15 goals so far in Serie A, continuing to improve his statistics despite not being in his brightest moment. But, like Juventus, he is unstoppable and relentless.

If Cristiano Ronaldo keeps scoring, so does his old friend and replacement at the centre of the Real Madrid attack. The Frenchman, often criticised, scored two against Espanyol, to pave the way to Madrid’s victory that cemented the third spot in the La Liga table. It’s still perhaps early to talk about a real post Cristiano Ronaldo era, but like Real Madrid, Benzema’s form has been improving, and will reach it’s height as the Champions League knockout stages get underway.

It seems that Jose Mourinho really was the problem. United win the eighth game in eight since the arrival of Ole Gunnar Solksjaer and the departure of the Special One.

Initially, all was fairly easy for the Red Devils under the new manager, but the more recent results, beating Tottenham in the Premier League and Arsenal at the Emirates Stadium in the FA Cup show how United really have found the right form, with the players delivering for what is expected of them. Mourinho is gone, Manchester United are back.

The difficult times continue for Inter and coach Luciano Spalletti. Ivan Perisic has handed in a transfer request for the Premier League, and on the pitch the Nerazzurri continue to struggle to score goals, with Mauro Icardi in the worst moment of recent years.

Inter lost at Torino on Sunday, without ever creating any danger, and conceding an avoidable goal. If they carry on like this, the Nerazzurri could miss out on Champions League football come May.

This time round it looked a lot more like Arsene Wenger’s last Arsenal, rather than Unai Emery’s first one. With Mesut Ozil back in the team, the Gunners crumbled at home against Manchester United, being awful at the back and leaving plenty of space for United to run riot at the Emirates.

The recent victory over Chelsea was convincing, but consistency is key at top level, and this is what the Gunners need to work on to try and get closer to the top clubs in England.

Thierry Henry was sacked just before the game against Dijon, but it made no difference in terms of results on the pitch, as Monaco were smashed 2-0 at Dijon, staying second last in the table with just 15 points.

The arrival of Cesc Fabregas did nothing to change things so far, and the hope is that the signing of Gelson Martins from Atletico Madrid could at least save the team from what would be an incredible relegation.